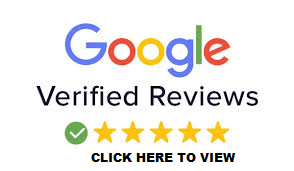 Two jewellery company directors have been taken to court following one of the largest seizures of unhallmarked gold jewellery made by Trading Standards officers in the UK.

Wandsworth Council launched a prosecution after officers discovered nearly 6,000 items of unhallmarked gold jewellery, worth about £750,000, during an inspection of Rathy Jewellers in Tooting. On Tuesday (April 24), Tharshika Jewellers Ltd director Arunan Sivagnanalingham of Kaye Don Way , in Weybridge, Surrey, and former director Rajtharan Mahalingham of Fairview Crescent , Harrow , were ordered to pay a total of £9,860 in fines and costs after pleading guilty to charges under the Hallmarking Act 1973 at Richmond Magistrates' Court. Sivagnanalingham and Mahalingham had ignored a warning issued by Trading Standards officers based at the council last April to ensure all jewellery on sale is hallmarked.

When officers, along with a representative the Sheffield Assay Office, inspected the Upper Tooting Road shop in June, they found that a large quantity of unhallmarked gold jewellery was still being displayed in glass cabinets. About 6,000 items were immediately seized in a huge council-led operation and sent to the Sheffield Assay Office for testing and hallmarking. Wandsworth's chief trading standards officer, Christopher Roe, said: "We believe this to have been one of the largest seizures of unhallmarked gold jewellery made by Trading Standards officers in the UK and is the second high profile prosecution for unhallmarked jewellery in Wandsworth this year.

"Hallmarking dates back to 1300 and represents the oldest form of consumer protection in the United Kingdom. "It is impossible for customers to tell the precious metal content of a metal by touch, feel or colour and hallmarking gives a visible confirmation of the content. "The hallmark is applied by regulated assay offices, which are independent of the trade.  This independence ensures that the hallmark acts as a trusted guarantee for both the consumer and the trade and it is essential that the legislation is fully complied with."

Ashley Carson, Sheffield Assay Master, added: "It is vital for the integrity of the entire industry that every single item put up for sale by a jeweller is hallmarked by their Assay Office. "Our hallmarking system in the UK is the envy of many other nations, and provides customers with the knowledge that the item they are buying is genuine.

"We hope that this case acts as a warning to others, and ensures that any other traders will not take the same risks and make the same mistakes in the future."

It is an offence under the Hallmarking Act 1973 for any person, in the course of trade or business, to describe an unhallmarked article as being wholly or partly made of precious metal(s) or to supply unhallmarked articles to which such a description is applied.

On January 24, 2012, another jeweller in Tooting was fined £800 and ordered to pay £500 towards costs after pleading guilty to five charges of having unhallmarked gold jewellery in his shop. He admitted to the court that he had been fully aware of his responsibilities for hallmarking and had been previously warned about it by Wandsworth Trading Standards.

Do you wear Asian Gold  - Read this . Gold rubs and wears down over time. Where does the cadmium go ?

Gold, Silver & Watch Buyers. Sell Gold, Scrap Gold & Gold Jewellery as well as Platinum, Palladium, Silver including Silver Jewellery & Watches eg Omega & Rolex at the best prices.  Tel  0121 448 0488. Opening Hours: Mon-Fri 9.00AM -12PM Call -in or book an appointment. Alternatively Sell Gold by Post   We pay top prices to the UK Public, often over 35% more than most jewellers pay. To date we have paid out c.£30million for Gold, Silver, Platinum, antique, vintage or modern jewellery or scrap & of course for watches, gold or non-gold! NB Gold & Silver scrap prices are often more than antique dealers / jewellers / vintage cash buyers pay for your jewellery etc. Scrap gold price is NOT bottom price! Its often more than you'd get on ebay or at an auction house, after hefty fees!!  NB we don't pay gold price for metal wires, springs, strengtheners  fillers, stones etc. We also buy Asian, foreign & unhallmarked Gold, which will require testing. The UK Hallmark is THE standard & UK Law. Our trained staff are ethical, knowledgeable & here to help you. We are a UK VAT registered company. Looking to sell your gold? read our "sell your gold guide"

Two Ways to Sell To Us

Q. Why sell gold jewellery, scrap gold and silver to us in Birmingham?  A. Simply to cut out the middleman ie your local jeweller / gold buyer /  vintage buyer / antique dealer who buys it from you for less than scrap price, then sells it to gold buyers like us, for up to £4 a   gram profit. If you have 100 grams of 9 carat  then you could lose up to £400 by not using us and double that for 18 carat. Deal direct with THE gold buyer. Customers sell gold to us from afar as Edinburgh, Cardiff, Leeds, &  London. Our gold prices are transparent and our Google reviews cannot be hidden or vetted.

We buy all Gold throughout the UK. Whether gold jewellery, scrap gold, (see below) Industrial scraps  or even unhallmarked gold, we'll buy it all. Selling or thinking of how to sell your gold?  Looking for the best place to sell Gold and Gold jewellery? Types of Gold we buy include: antique, vintage and modern Gold Jewellery & Scrap Gold, Asian Gold, Foreign and Unhallmarked Gold, Gold Bars, Dental Gold, Gold Coins and Medals, all Gold Watches, rolled gold and gold filled ,  We  buy all carats of gold ie 9,10,14,15,15,18, 21,22 and 24 carat. At the Birmingham Gold Company we test and buy Asian, foreign and unhallmarked  gold and pay you according to the carat. Example £100 worth of 9 carat gold would be worth £200 if it was 18 carat.

All Gold and Silver testing is done via two methods ie  the traditional "acid" test and via our Niton XRF analyser, the industry standard for the testing of gold, silver and platinum,  purity and carat.

Sell  Silver To The Silver Buyers

We do not have branches all over the UK, as the overhead would reduce the price for Gold we coud pay our customers. Trade and Public customers sell gold & silver to us,  from all over the UK, cutting out the middleman and getting hundreds of pounds extra.  Gold sellers  have travelled to us from afar as  Cardiff, Leeds, Liverpool, London, Manchester Newcastle, Sheffield, Southampton, Swansea, Truro, York, Aberdeen, Dundee, Edinburgh & Glasgow . NB we also buy Gold & Silver from the EU eg France, Spain, Italy etc

Scrap Gold or Silver price is NOT bottom price!. Cash for Vintage companies not only do not publish their prices they  offer considerably less than scrap, so if they can't re-sell your item as vintage or antique they still earn by selling the item for scrap. Cut Out The Middleman!   We pay the highest prices for antique, vintage and modern gold and silver jewellery and scrap. How? We don't charge the heavy fees charged by ebay and auction houses.

The Best Place To Sell Gold

The Best Place To Sell Antique, Vintage and Modern Gold Jewellery and Scrap

Selling or thinking of how to sell your gold?

Types of Silver We Buy